One Giant Leap: The Story of Virgin Galactic

So far we have been quenching our thirst about this with sci-fi books and movies. But now companies like SpaceX and Virgin Galactic are trying to turn this sci-fi into reality. Most of us know about SpaceX with its goal to colonize Mars one day. But what is special about Virgin Galactic then?

Throughout history, humans have been explorers. We have crossed seas, oceans, and continents to create new settlements and gain access to new resources. Today, all of the earth is within reach of human mankind. We have learned a lot from exploring this planet. But what lies above us, potentially an infinite space is still obscure for most of its part. So far few astronauts — approx around 600 have been into space since the launch of the first space program in 1961. That’s not too many. Every one of us has this desire to get up there and look at this blue planet from a different perspective. And this is what Virgin Galactic is aiming to offer in the near future. It is the world’s first commercial spaceline company to offer this.

Ok, but how do they do this? Virgin Galactic has deployed two types of vehicles for this — SpaceShipTwo and WhiteKnightTwo.

VMS Eve is the jet aircraft that carries and air launches SpaceShipTwo from an altitude of about 50,000 feet. VMS Eve (named after Richard Branson’s mother Evette Branson) is the first WhiteKnightTwo operating since 2008. Fun fact — The aircraft has a nose art of a blonde woman holding a virgin galactic flag and the image is based on how Evette looked when she was younger.

The vehicle since its launch has gone through extensive testing and is the largest all-composite aviation vehicle in service and has a unique heavy payload, high altitude capability.

Air launch provides more advantages and flexibility as compared to conventional ground launching. Air launching can happen even in not so good weather conditions. For launching from ground everything has to be perfect. There are restrictions on flying rockets over populated areas in the initial phase of flight. Air launching makes the launch-pad portable. Other than this, air launching is more suitable for commercial launching of space flights for security and passenger experience.

This is a reusable spacecraft that can carry up to 8 people including 2 pilots into space. It uses a hybrid rocket motor bringing the advantages of both solid and liquid rocket engines.

The most ambitious and striking feature of SpaceShipTwo is its ability to change the shape mid-flight. This ensures a repeatable and safe re-entry in the earth’s atmosphere. The spacecraft rotates its wing and tail booms in the vertical direction using the aerodynamic forces to its advantage to gain stability and the required rate of deceleration. You can imagine the shape as that of a badminton birdie. It is absolutely stunning to watch it: 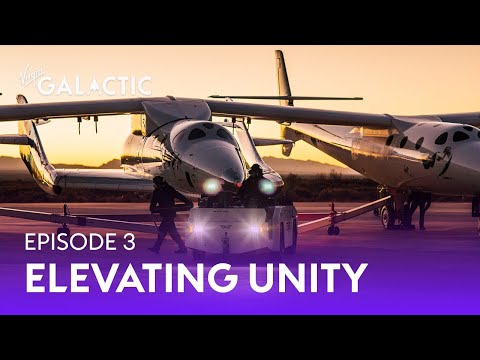 Yes! You can reserve your seat for the space flight by paying a fully refundable registration fee of US 1,000 dollars. The amount is fully refundable and is used as a deposit for the future spaceflight. But note that by paying 1,000 dollars you are not making a reservation of the space flight but it will put you in the priority group for an offer of a firm reservation.

How much will the space flight actually cost?

They say that there will be a range of prices (maybe similar to airline tickets — economy, premium, and business class) but they will be charging more than US$250,000 for the people who signed up early.